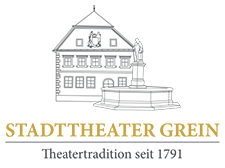 The town museum is a unique cultural and touristic sight in Grein. The town’s history was shaped by the river Danube and the dangerous rapids that started only a short distance downstream of the town. The guides of Grein made sure that the rafts and ships got through these dangerous passages unharmed.

The objects were selected from the municipal collections and put on display in the town museum. Many of them are “hands-on” exhibits that can be touched.
The objects are distributed across several rooms. A reference to the town theatre is established by “The Fundus”, where you can marvel at costumes, hats, bags, fake gold and many other theatre essentials.

We care about the direct contact between the visitors and the exhibits. A pile of more than a hundred kilograms of clay fragments recovered from a medieval castle moat adds to the atmosphere with its forest scent.

Ship models and colourful maps illustrate the dreaded “Strudengau” section of the Danube, where many ships were reportedly crushed or sucked down into funnel-shaped whirlpools. This phenomenon was sometimes regarded as the Austrian version of “Scylla and Charybdis” (from Homer’s Odyssey).

Despite all these hardships, the people of Grein lived a rather prosperous life. They provided ship guides, horse or oxen teams for pulling ships upstream and carriages for the safe transport of valuable goods by land. Emperors and kings stayed over night in Grein.

In the basement of the museum, there is an exhibition called “Sommerfrische”
(summer retreat, literally: “summer freshness”), which reveals how the noble society spent their summers in the charming Danube area around Grein in the years around 1900 and illustrates bathing traditions in the summer baths at that time. Numerous everyday objects create a lively impression of the golden age called fin-de-siècle. Dive into a world that is as fascinating and charming as ever.